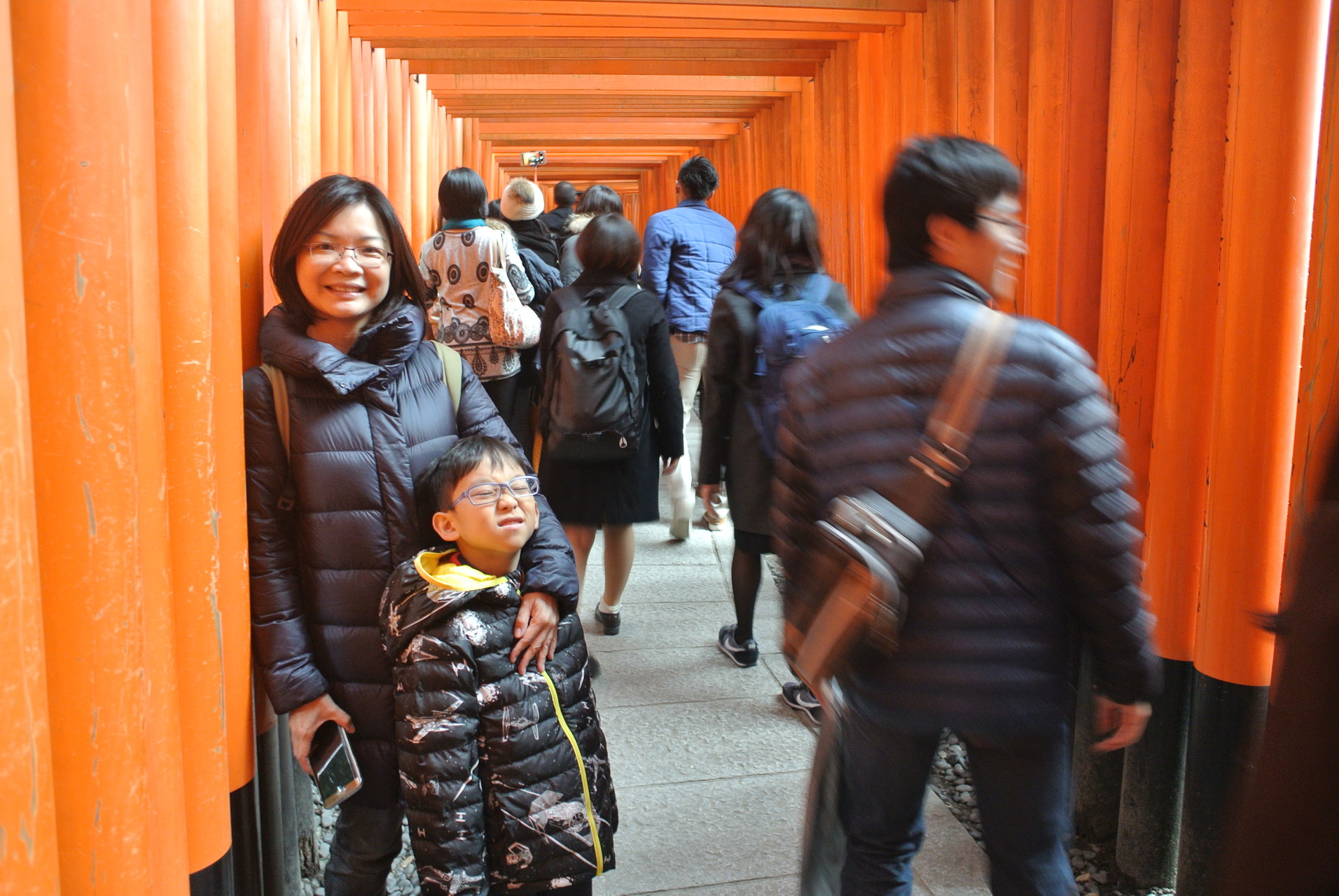 We wanted to leave our luggage in Osaka while we travel to Kyoto / Tokyo. However, one of our Airbnb host play us out. She did not pick up our call when we wanted to leave the luggage at her place. In the end, we tug 2 luggage from Osaka to Kyoto. It was not too bad experience, since our accommodation in both city were very near to the train station. We chose JR Limited Express train to Kyoto and it took us 30 mins to Kyoto as compared to 13 mins if we chose the Shinksansen.

After all the travel arrangement, we took a 5 mins walk across 2 blocks to Hokkaikan Ohanabo which we will spend 2 nights in.

After checking-in the hotel, since we are still unable to go into our rooms, we went for our lunch and started our sightseeing around Kyoto. 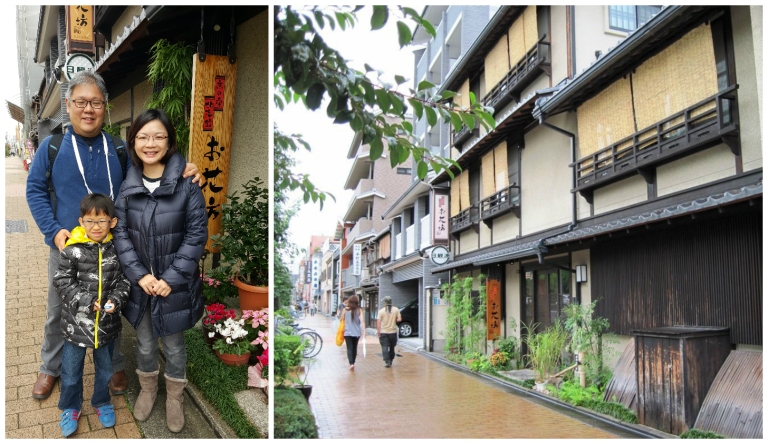 Lunch was at a nearby restaurant near Kyoto station. Food was good and of reasonably price. However, most of the cafe and restaurant allows their customer to smoke. Sometimes it get a bit choking when you have a heavy smoker in the cafe or restaurant.

After lunch we took the local train from Kyoto Station to Fushimi Inari. The train was crowded. It seems that everyone on the train is heading to Fushimi Inari Shine. After a short 5mins train ride from Kyoto station, we arrived at Inari station via the JR Nara local line. On arriving on Inari Station, Fushimi Inari is just across the train station. We follow the crowd towards the famous torii gates in Japan. 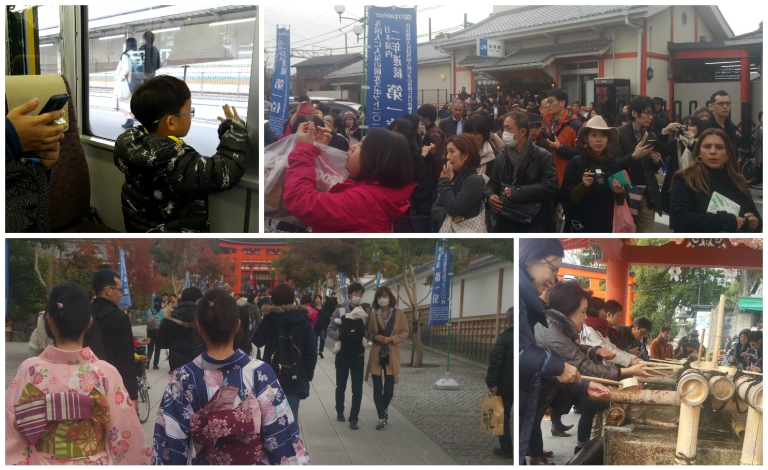 The area is huge. The Torii gates straddle a network of trails behind its main buildings. We need to walk past the main building & various auxiliary buildings & Shrines. One of the auxiliary building is a shrine where people to pray for kids exam (FYI only :)). Jaydon was getting a bit bored and was whining. Unfortunately, we need to move on.. because it is once in a lifetime to see the Torii Gates. Whoahahaa. 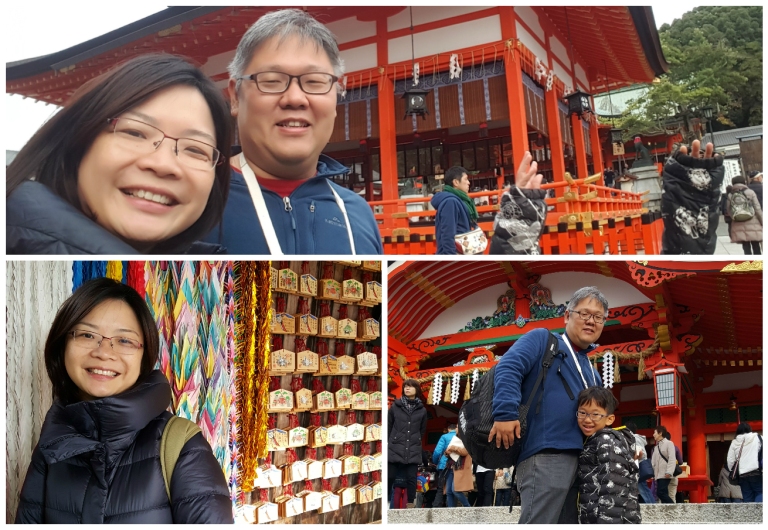 At last, we reached the Torii gate and started walking up the stairways. The walk through the gates uphill, give the sensation of a mystical journey to some sacred place up the hill. However, with the large crowd of people walking up the hill, seems more like journey to an amusement park.

At the end of the trail (as we thought) was a Shrine. It was interesting that in this Shrine, there is wooden fox where people pen & draw on it to hang on the gates. I suppose that the wooden fox has some religious significant to it, but ignorance get hold of us, and we decided to use it for some creativity art time. 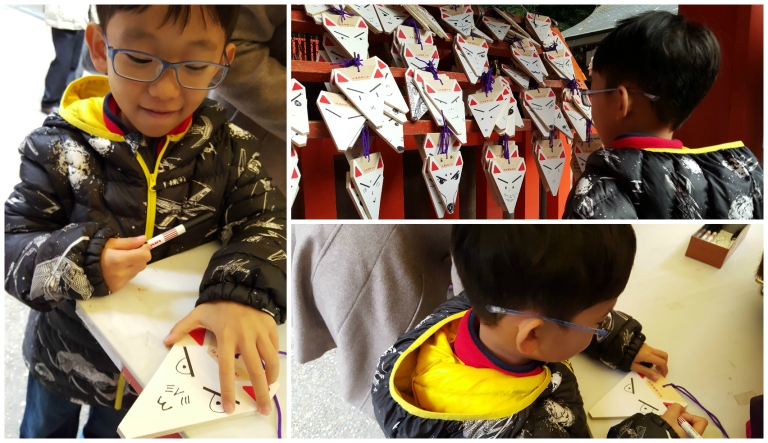 We left the shrine, thinking that is the end of the trail. However, to our shock, that was the only the start of Torii Gates. We decided to do our descend as Jaydon is getting whiny again. Mary decided to continue trail uphill while we waited for her down the hill (After 1/2 hour she came back and reported the trail is way to high and far to complete).

While waiting for mummy to complete the trail, me and Jaydon spend our time playing and having some photo shoot at the bottom of the hill. 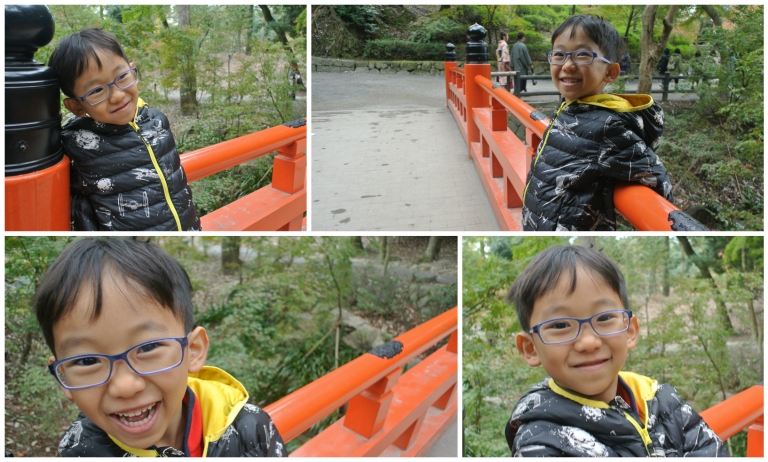 On the way out of IFushimi Inari Shrine, there are street food stalls. It is time for snacks, as we are not able to resist the temptation to the snacks along the way.

Our plan after visiting Fushimi-Inari was to head down to Gion. Therefore, we decided to walk down further to Fushimi Inari station & take the train alone Keihan Main Line, which will bring us directly to Gion. 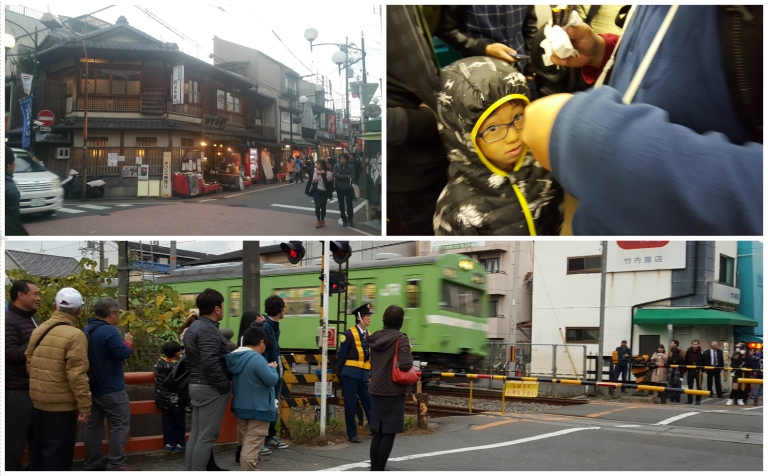 On reaching Gion, night was falling. We decided to walk across Kamogawa River towards Pontocho street to grab dinner in one of the many traditional restaurant. 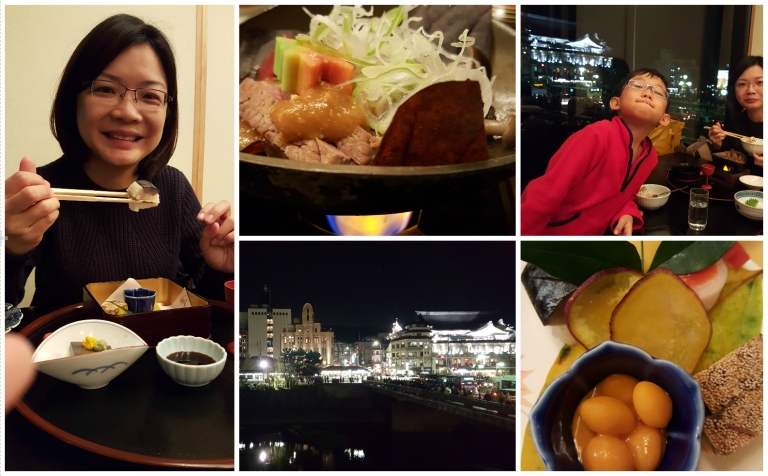 After dinner we took a 20 mins stroll back to our Ryokan. It was agonising for me as I need to carry Jaydon half way through our journey back to the Ryokan. 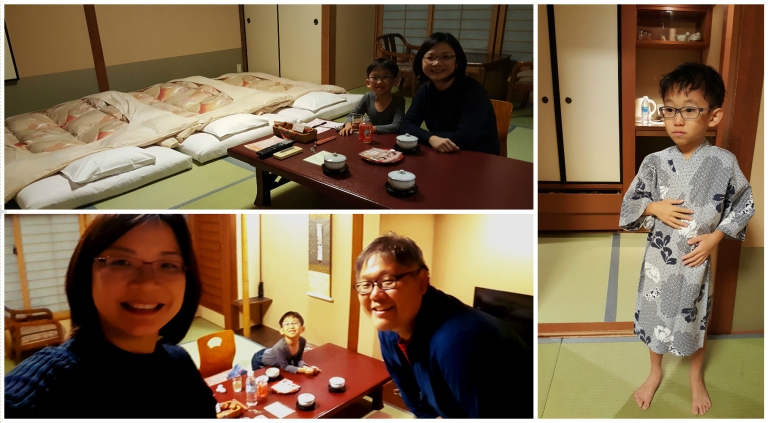 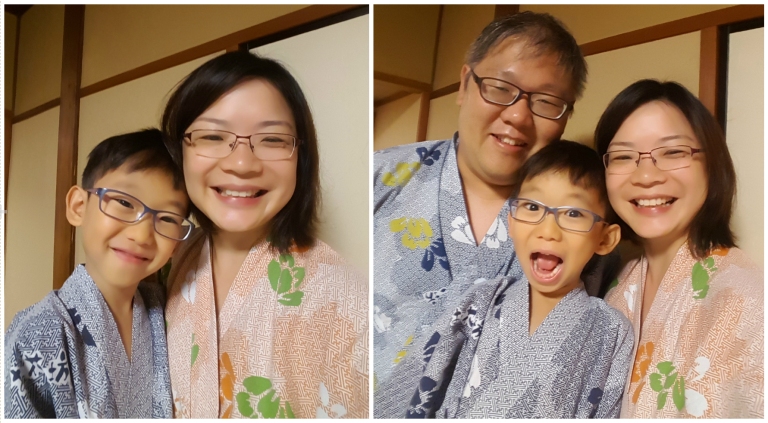