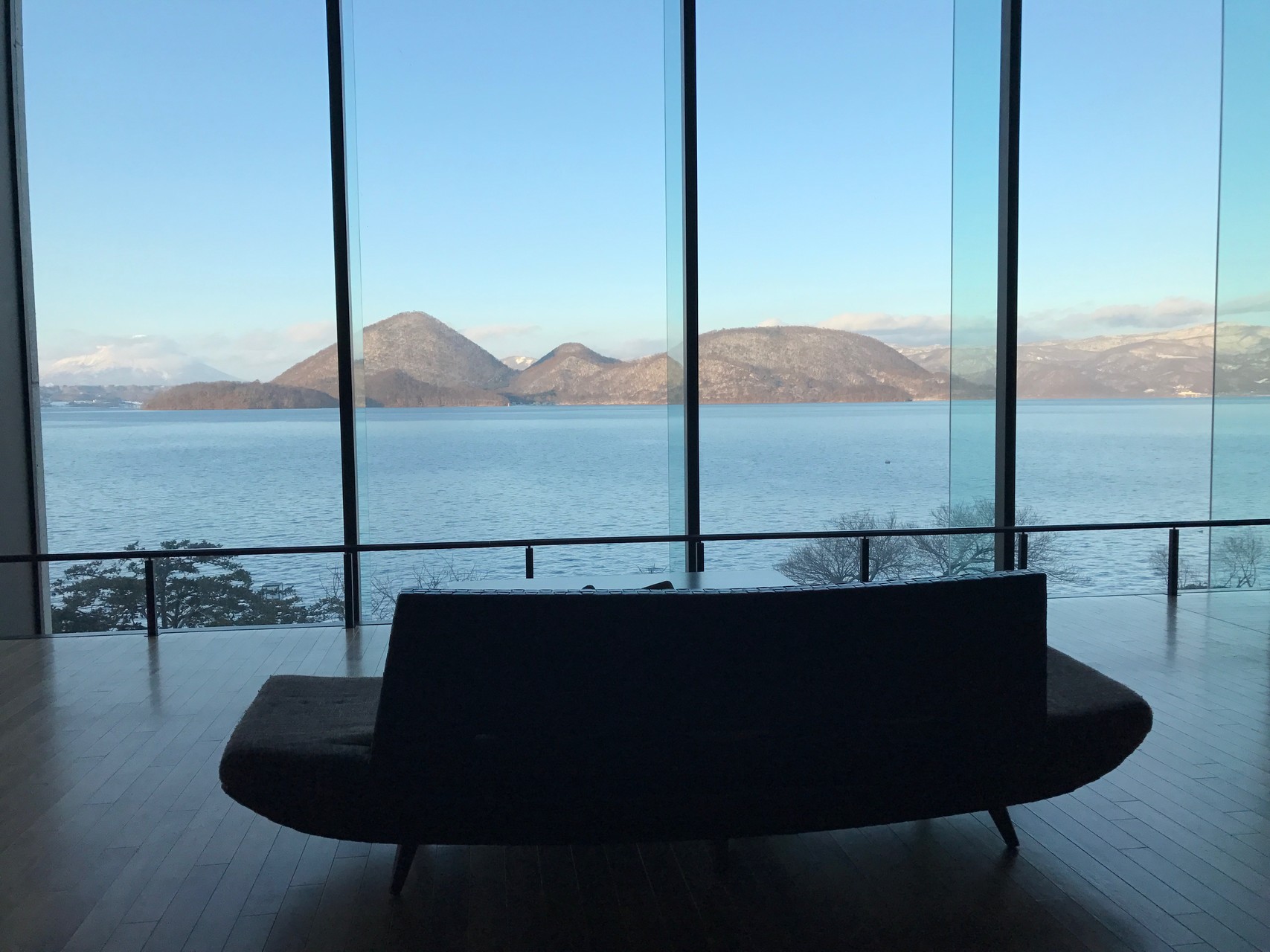 After a late breakfast, since it was raining, we decided to head for some indoor activity. We decided on Toyako Volcano Science Museum. This is a small museum which provides information about the volcanic activities around Lake Toya. A good study tour for Jaydon exposing him on Volcanoes and Earthquakes. 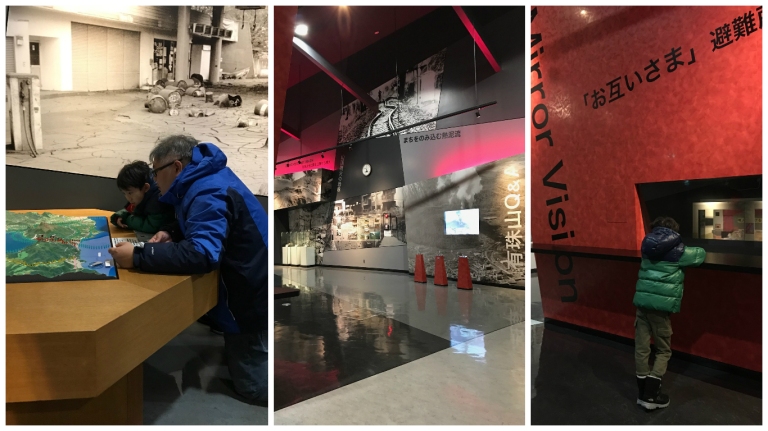 As the exhibits are limited, we decided to head outdoor where there is a walk up to the ruins and craters just behind the Museum. To our dismay, the site was closed during winter. 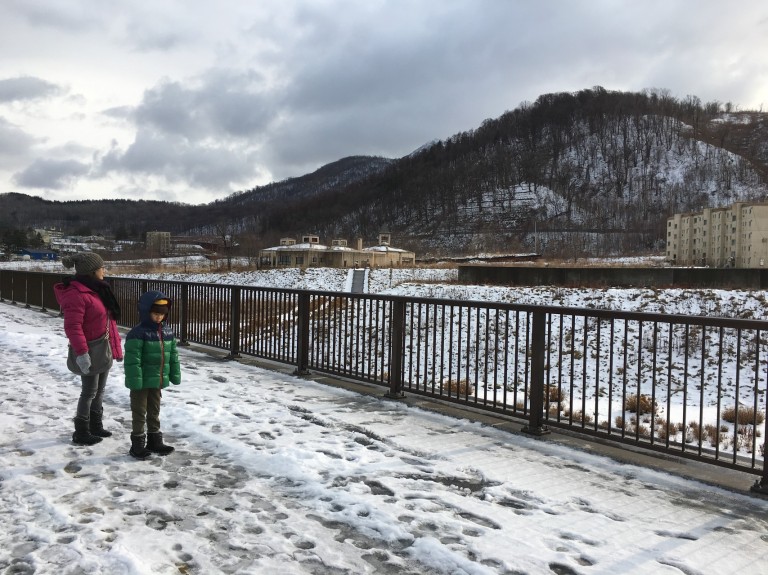 A gloomy day led to hunger. We decided to warm ourselves and have our full in a nearby Ramen Restaurant. A bowl of nice Ramen brighten up our day and we were ready for some outdoor as the rain starts to subside.

After lunch, we drove the the Usuzan Ropeway and make our way up to Mount Usu. The cable car ride up the peak of Ususan is very scenic. If the sun were out, I think the place would looks pretty.

On reaching the peak of Mt Usa, we were greeted with panoramic views of Lake Toya and neighboring Showa Shinzan. 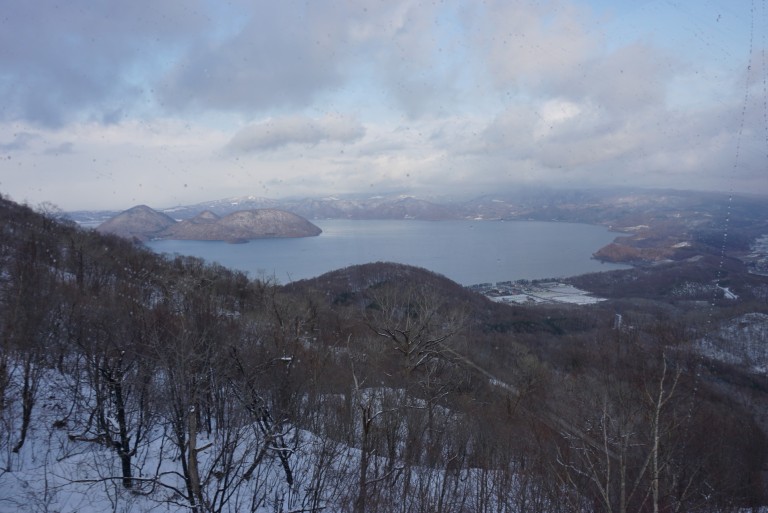 We saw some sleds just outside the station’s observation deck and this is our official first sled ride for the Pang Family. 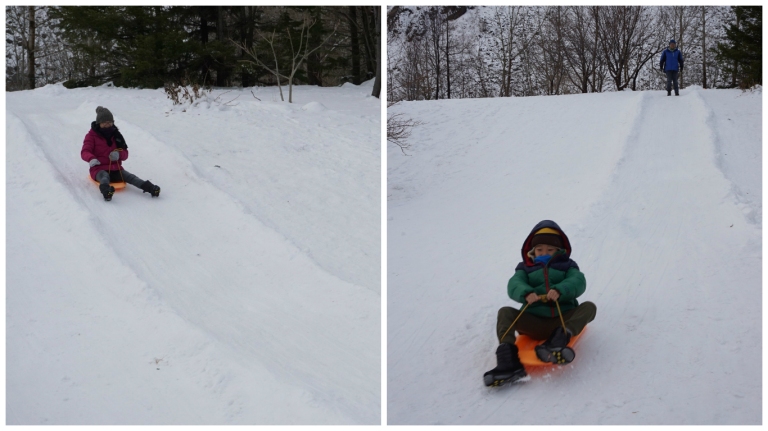 The upper station’s observation deck is a short walk away.

From the upper station’s observation deck, there are views of the ocean and Mount Usu’s largest crater, which was formed in an eruption in 1977. 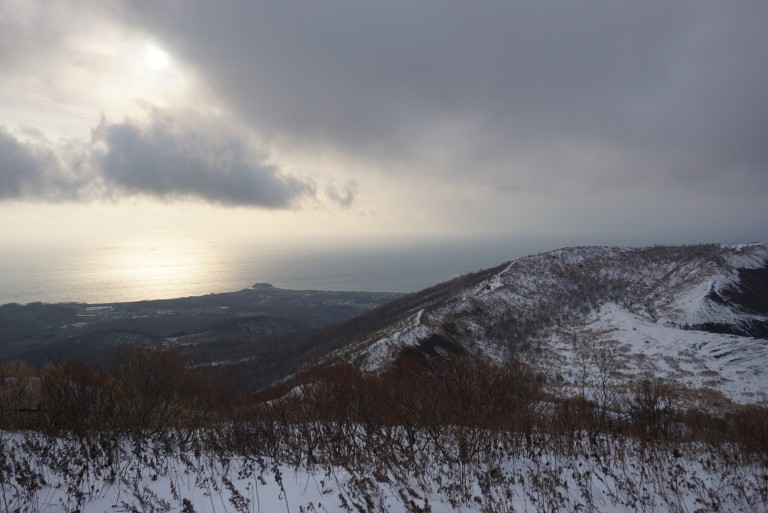 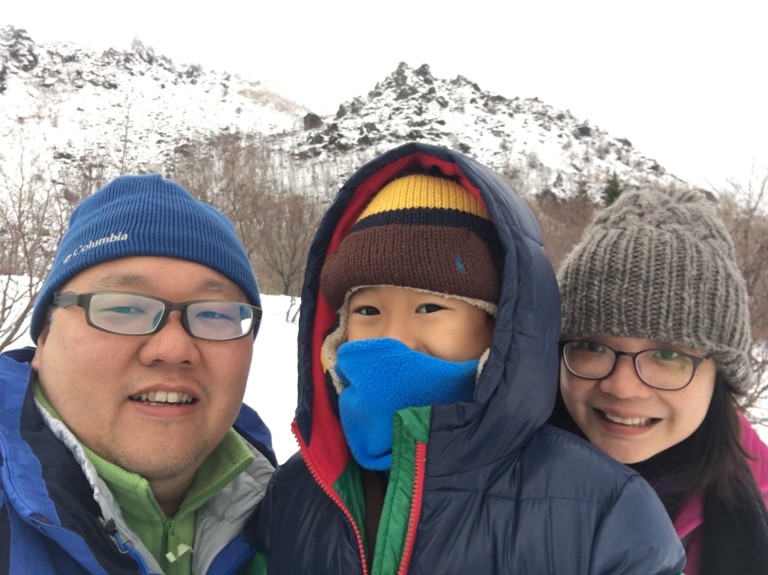 While we were up on Mt Usu. We met another Singaporean family. On our way down from Mt Usu. They told us about the bear park next to Usuzan Ropeway. Jaydon seeing that his new found friend, Nicholas, is going to the park, he too wanted to go. Just 100m from Usuzan Ropeway was Showa Shinzan Kumabokujo. The entrance looks fun and welcoming.

But as we go further into the park, we realised that the place was small and heavily commercialized. There were more tourists then we were up on Mt Usu. It seems that the tour operators are every tour group to this bear park. The bears were locked up in small cages or enclosure and they do looked distressed.  They were begging for food and the tourists were encouraged to throw biscuits and apples to them from afar. 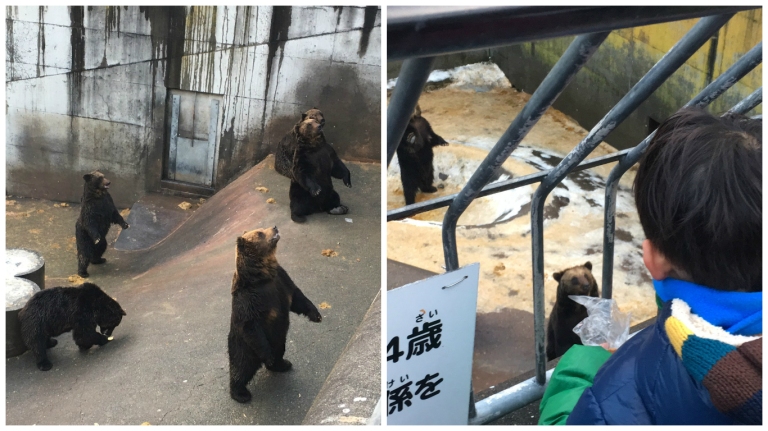 When exiting the park, sun has set and we make our way back to our hotel for another round of Onsen, Arcade and Dinner.