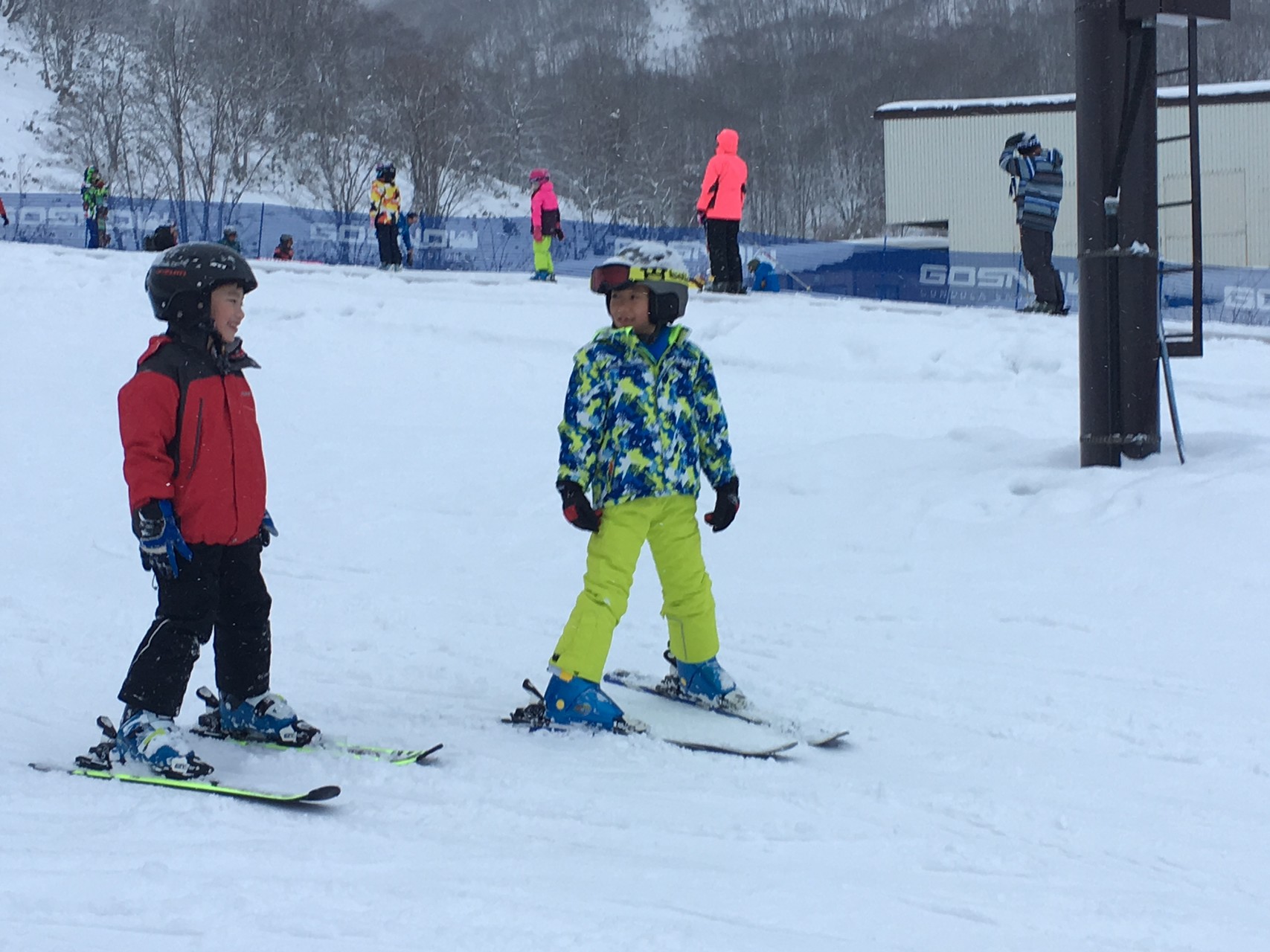 This Blog is written by Jaydon with the help of his father.

On day 7, I was very nervous to ski as I was afraid that I would fell  down. My father encouraged me to try even though I was unwilling to Ski. Reluctantly, I followed my father into the ski rental shop and got my ski equipment. I changed into my ski clothing and put on my ski boot, before heading towards the Ski Area. 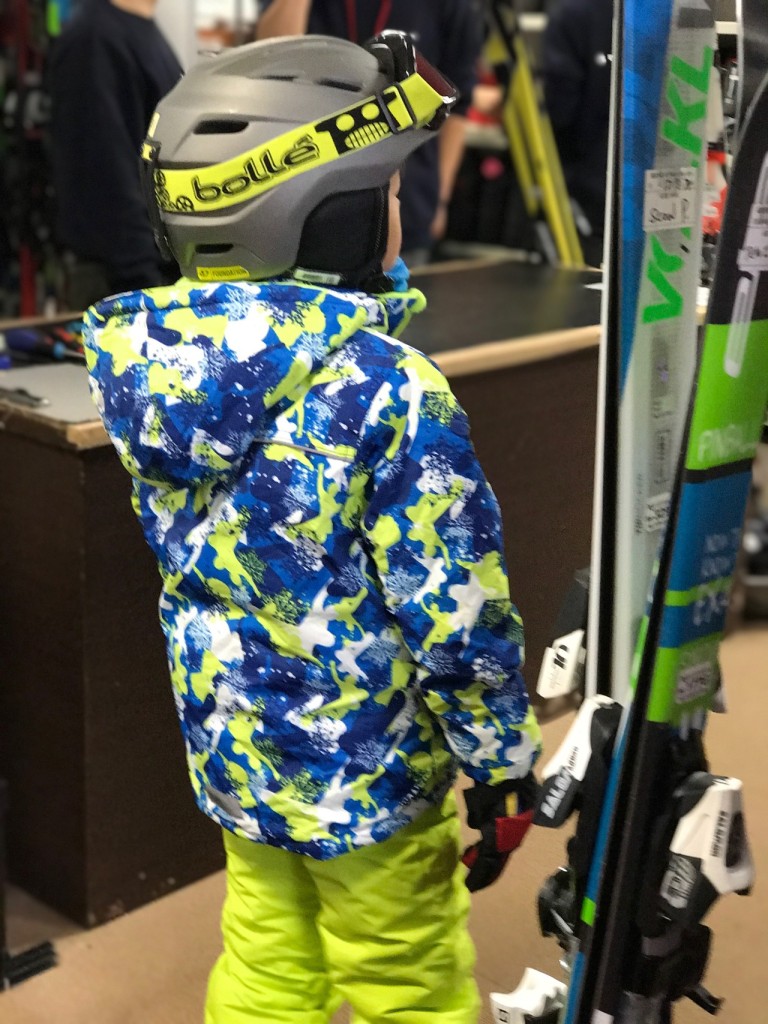 Walking in the snow in my ski boot was difficult. It felt like I was walking like a robot. My father had to help me to get down the steps. 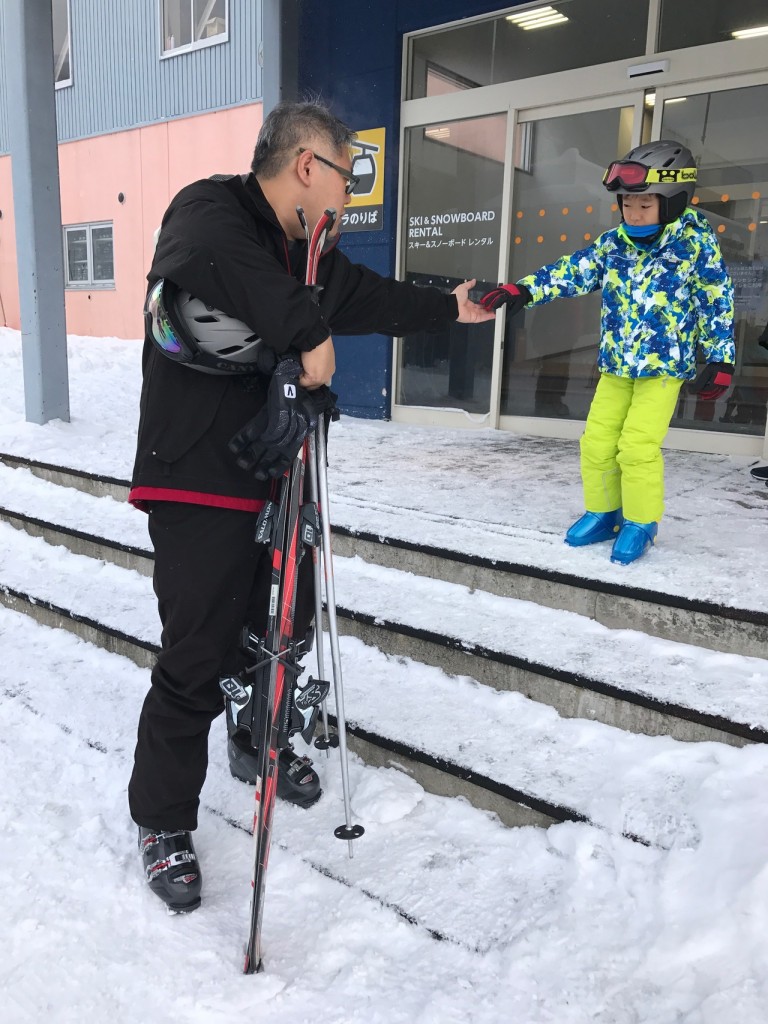 My father walked me to the ski gathering area. We were asked to wait for other trainees. My coach name is Scott and he is from Australia. He is very encouraging and kind. I like him a lot as he is fun as well. 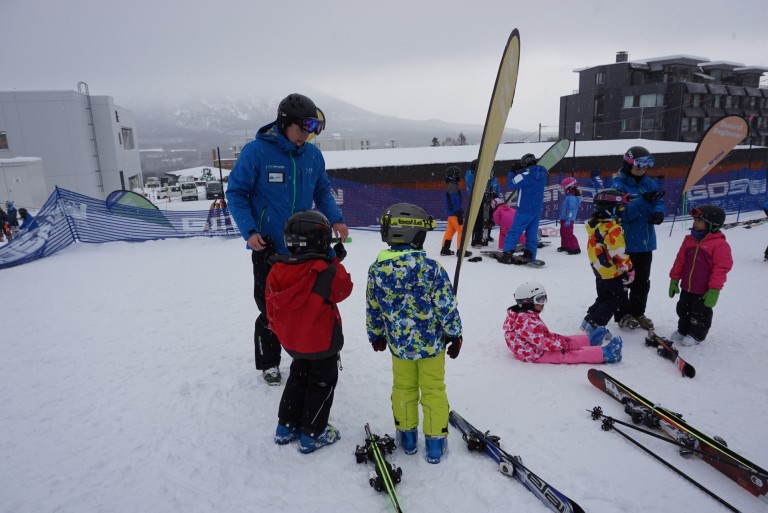 When most of us has arrived, we headed towards the top of the hill which is where we will learn how to ski. 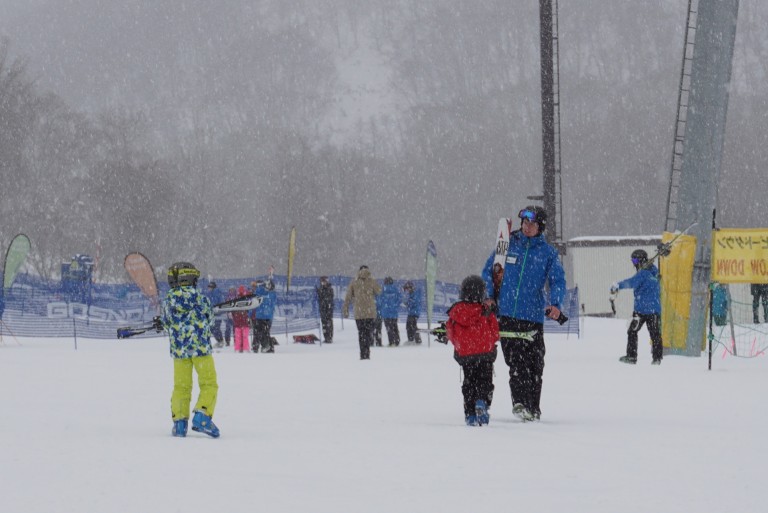 When we reached to the top, another girl, Hannah, joined us. She was late and Scott had to help her with her Ski. While Scott was helping her with her ski, my friend, Mike and I, were practicing how to move in our ski on flat ground.

After Scott had helped Hannah to put on her ski, she joined us in our walk. 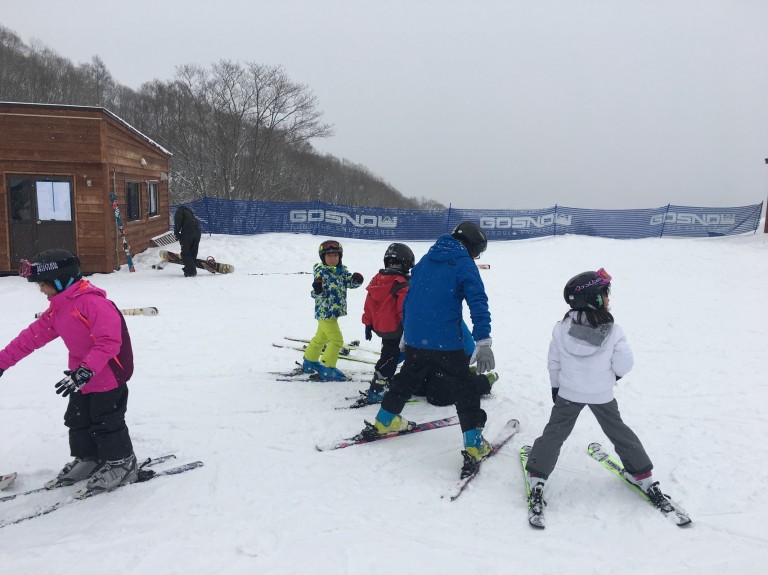 We started learning to ski by putting our ski in a “V” shape position, when we want to move with the ski down the slope. Daddy later told me that this is known as “Snowplough”. It is a very stable position, which also acts as a brake while sking.

After we learnt to master the “V” shape position, Scott led us on the magic carpet.

The magic carpet brought us to the top of the slope.

When I reached the top of the slope, I skied down the slope. I enjoyed sking down the slope as it was fun. It was so that that we went up the magic carpet more then once.

When Scott asked us to go for our lunch, we did not listen to him. We threw snowball at him. The others trainees and coaches joined us in our snowball fight. After the ‘fight’, we went into the canteen and had our lunch. I had rice, sausages and egg, for my lunch. I probably too hungry, and I finished all my food.

After lunch, we went up to the slope again on the magic carpet. 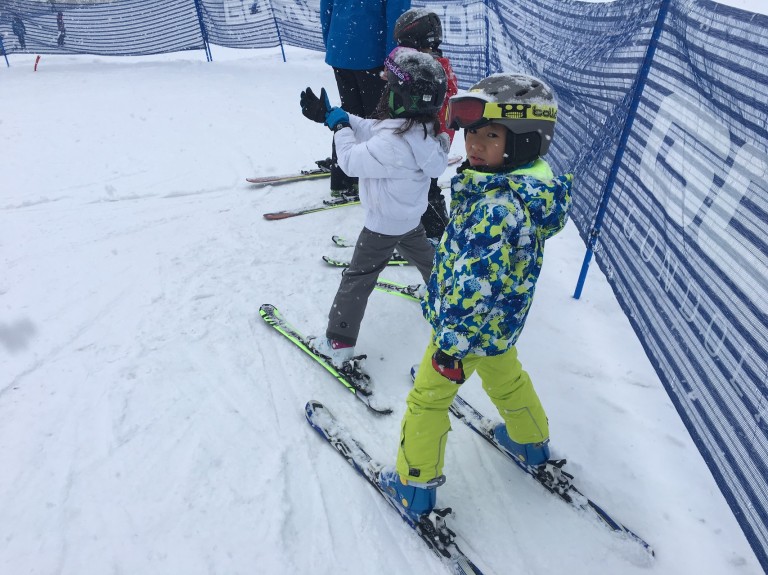 We practiced our skiing and we skied down the slope. It get more confident and faster each time we tried the slope. 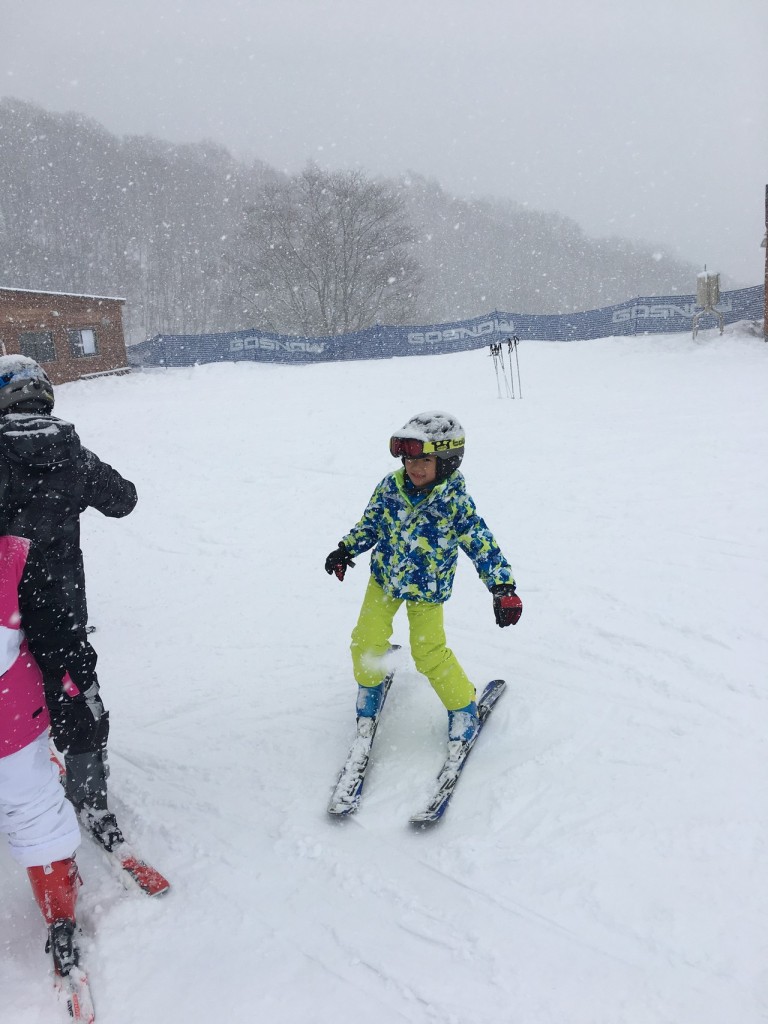 Scott decided to organize a mini competition. We compete with each other down the slope. We need to avoid the obstacles that was placed on the slope, while competing with one another.

It was my turn to race Mike down the hill. On the start of the race, Mike fell down on his second turn of the obstacles. I managed to go down the slope smoothly.

“I have beaten you in the race”, Jaydon said to Mike confidently. Mike replied back in determination “I will practice more and beat you the next time”. Two of us were happily skiing down the slope while chatting with each other.

It was the end of our class, and we made our way back to the gathering area. We said to each other “Goodbye and see you tomorrow”, as we will continue our class the next day. 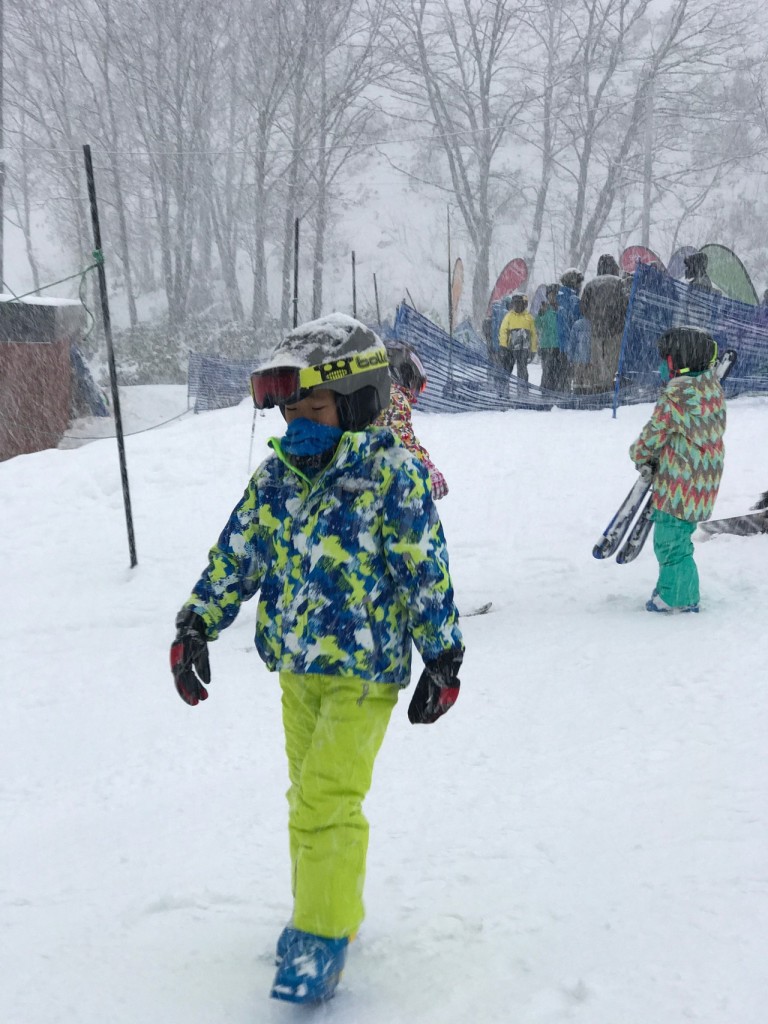 My father picked me up from the meeting area and returned our rented ski equipment. We went back to our car and we saw that our car was covered with snow. We were very shocked and amused when we saw the car full of snow. Daddy took the shovel and cleared the snow off the car.