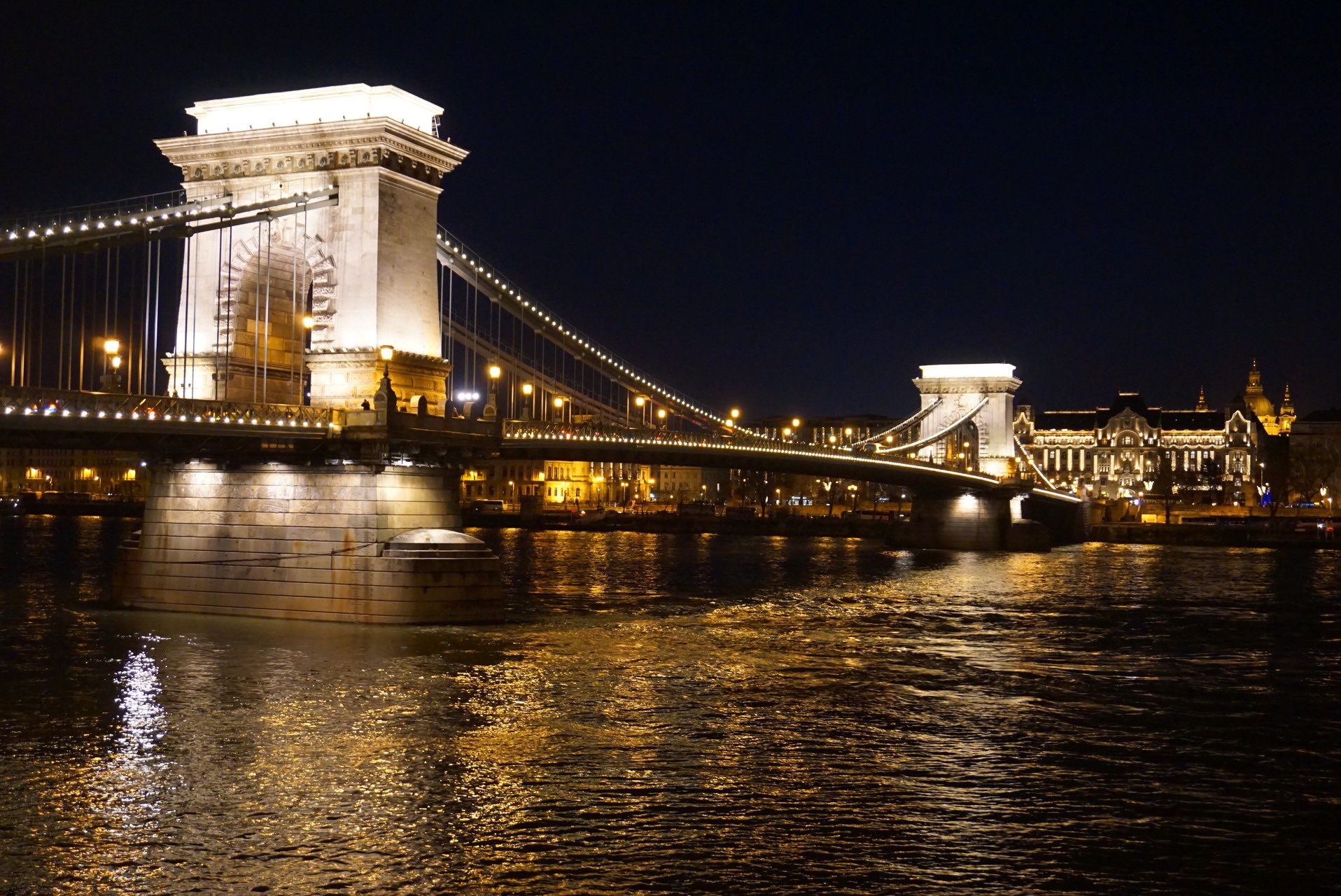 After 2 hours in the train, we reached Budapest_Keleti train station. 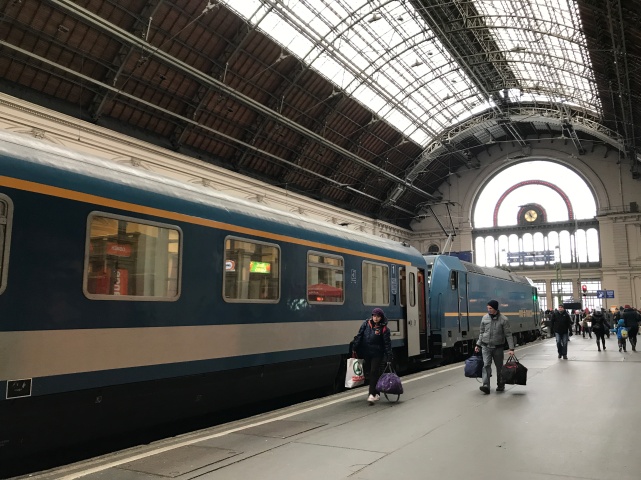 Our Airbnb Host, came to pick us up and brought us to our accommodation. 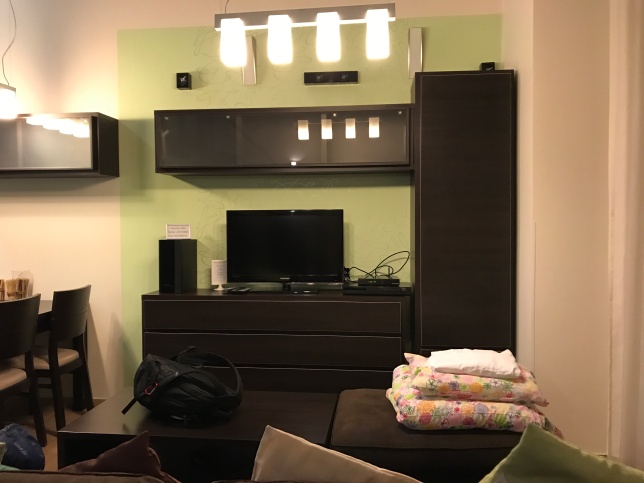 Though the accommodation is cosy, we dont have much time to rest. Immediately after we put our bags, we were out on the street. Budapest is very different as compared to Vienna. Though the buildings looks older and not as well maintained, it give the city a character of its own.

Cannot remember the name of the restaurant, but it seems to be somewhat a Hungarian fast food cafe.

Jaydon love his meal. Probably is because there is rice in his meal, that he miss.

After lunch, we came across the Hungarian Chimney Cake. 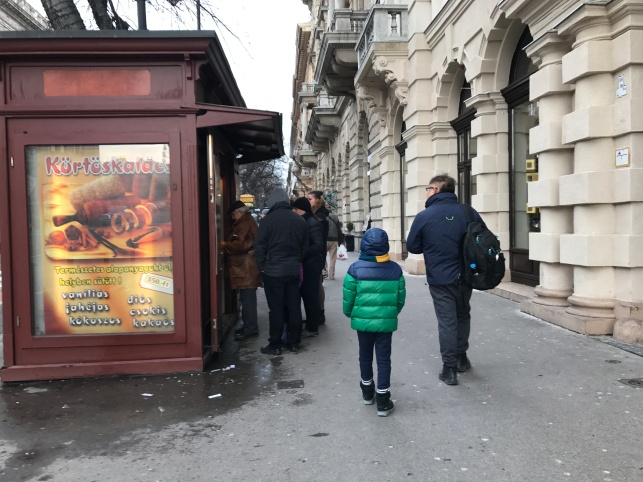 Though we just had our lunch, we can’t resist to have a pinch on it. 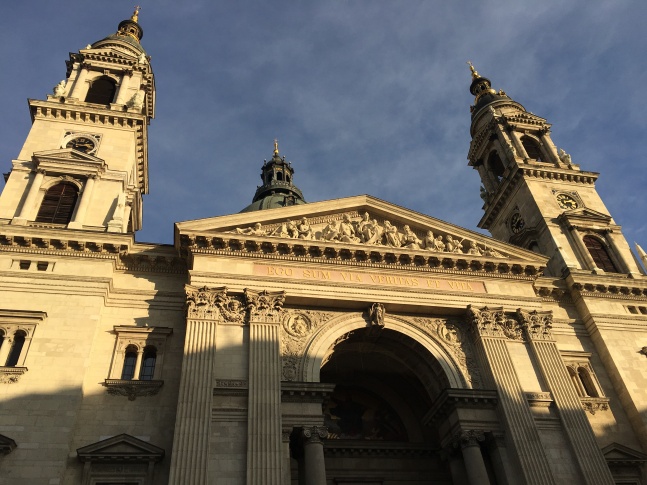 Its interior is as nice as those found in Vienna 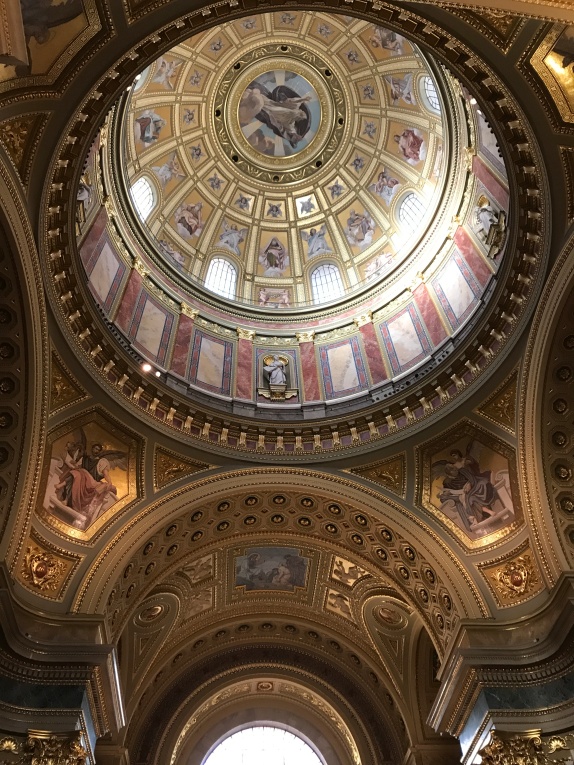 What is more exciting is the Christmas Market just outside the St. Stephen’s Basilica.

For the evening, we decided to take the Big Bus tour to bring us round Budapest. 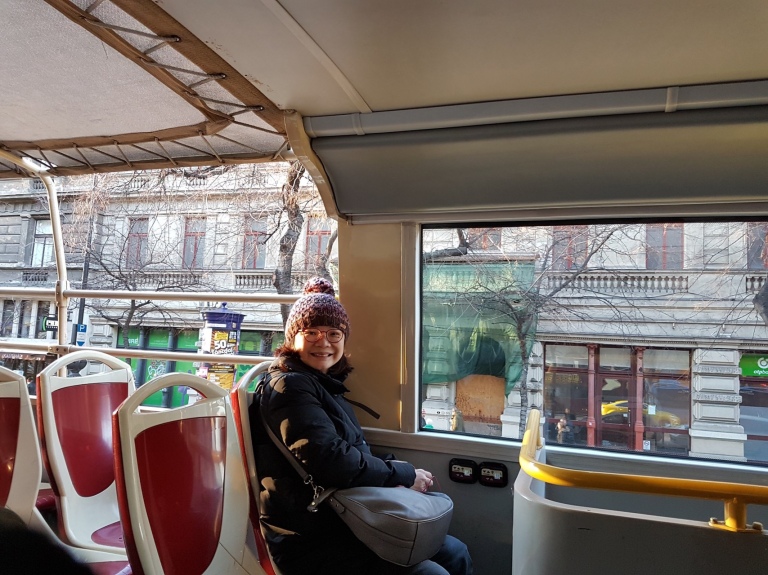 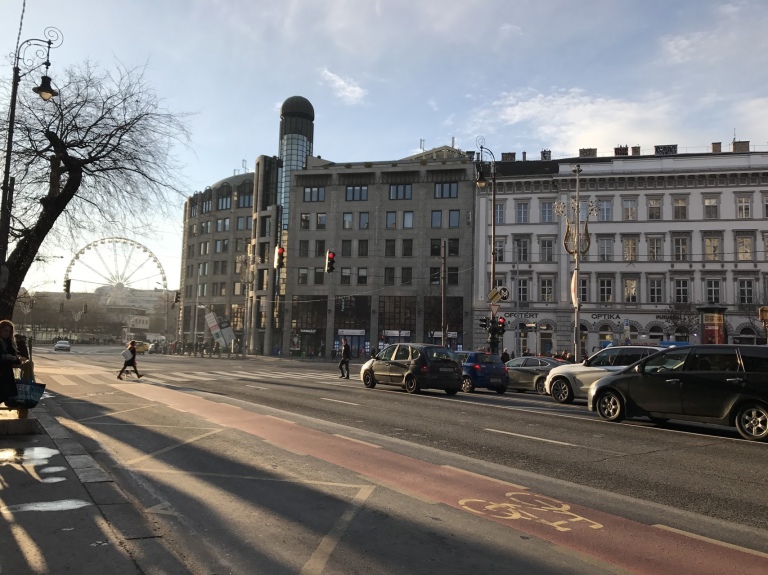 However, with the limited time. We only manage to cross the river and took the Funicular up to Buda Castle. 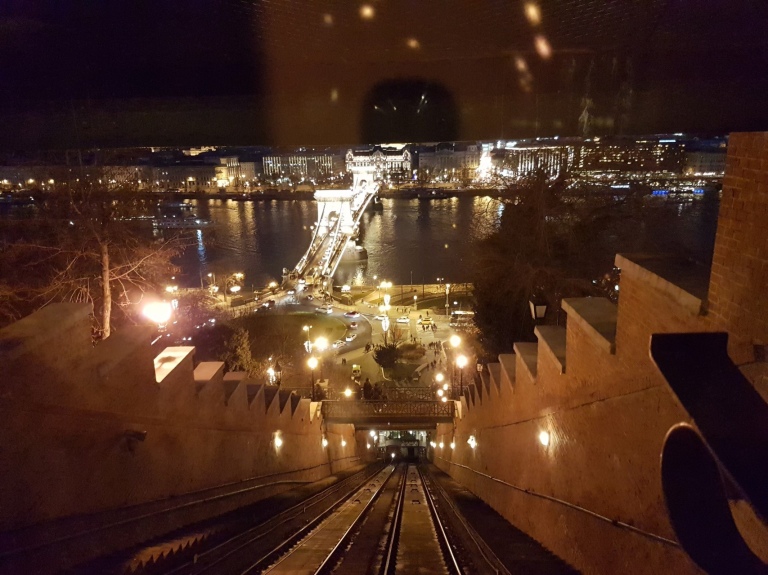 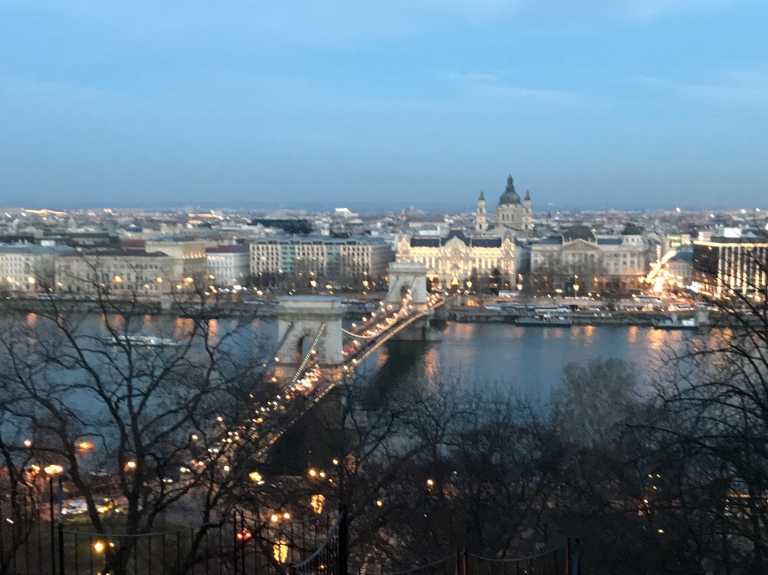 There were so much see and do in Budapest. Too bad we had too little time set aside for Budapest. 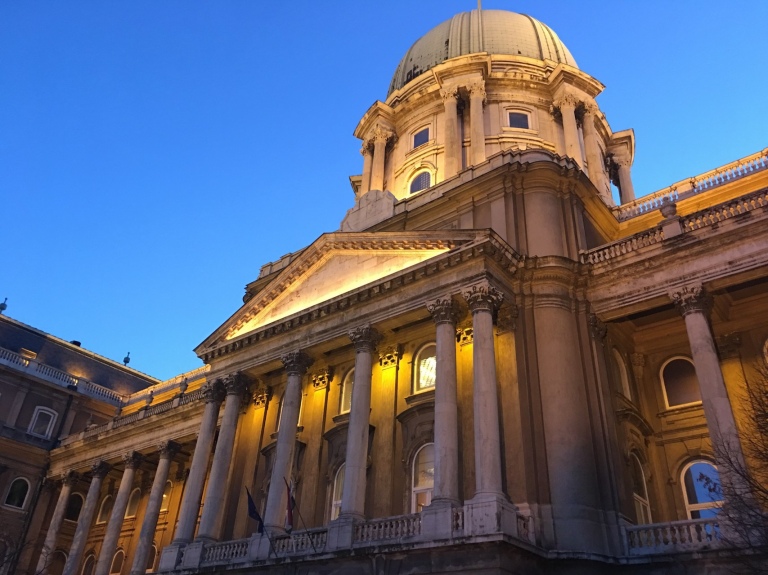 As night falls, we took the bus back to where we started. Along the way, we have a nice view of the Parliament House. 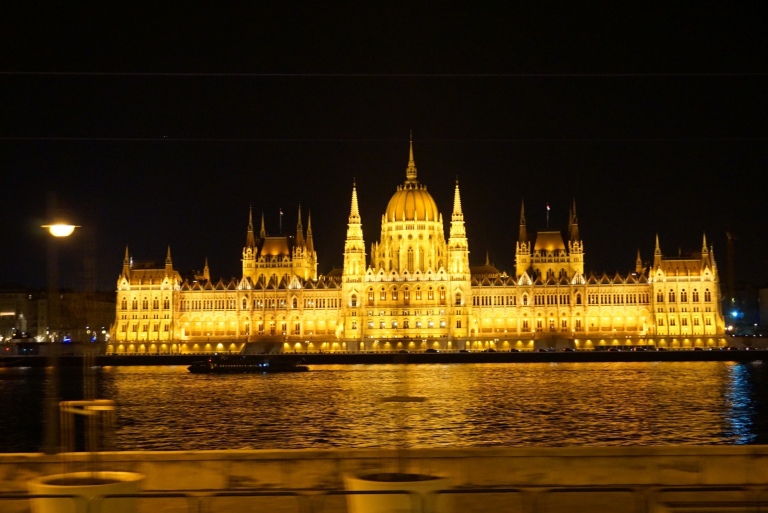 Had a hearty Hungarian dinner in a restaurant nearby, before heading back to rest for the night. 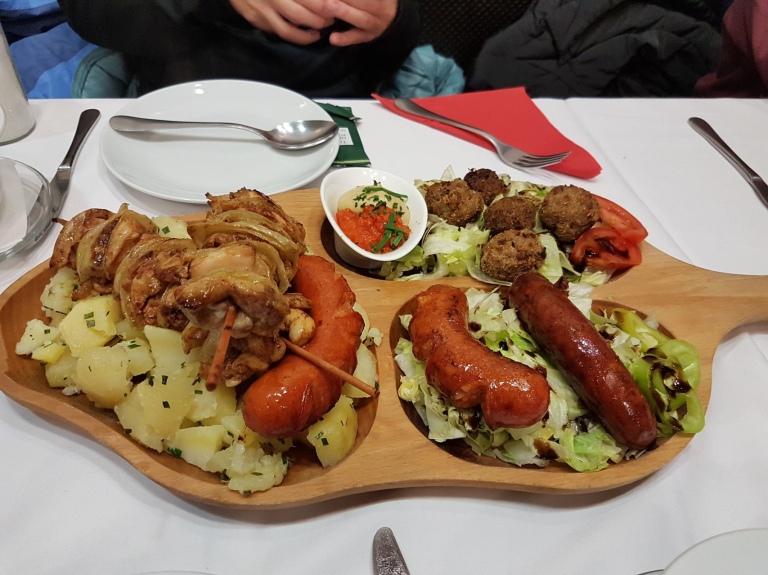 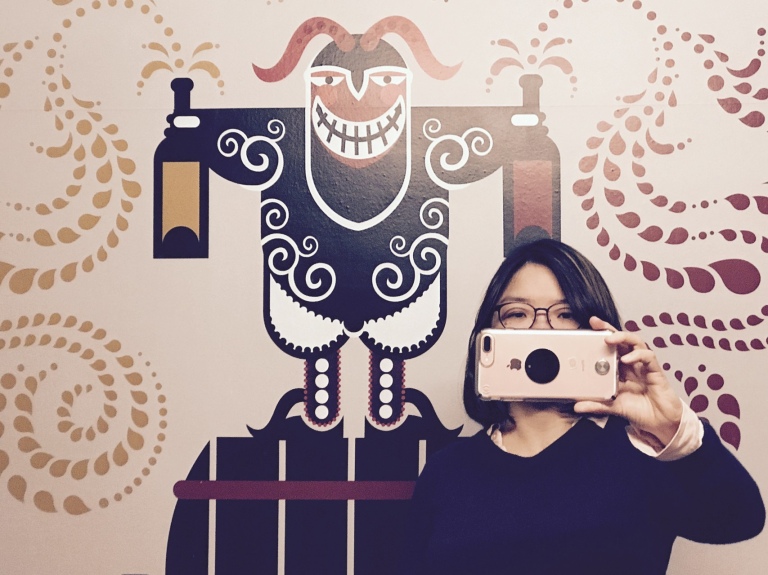